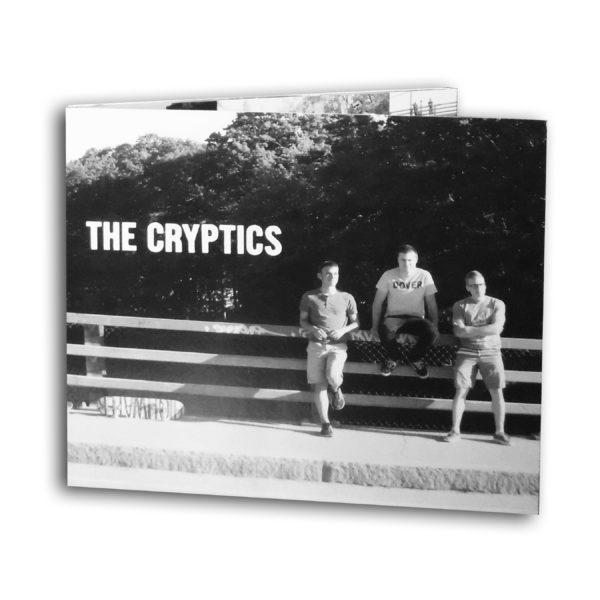 In this first record, The Cryptics deliver a hard-hitting melodic punk rock album that covers all ends of the spectrum. Well…. the spectrum of four teenagers from Dover, New Hampshire in the early 2000’s. With a personnel ranging from 15 to 19 years old at the time it was originally written/released, you have an album that is witty, yet serious. Nonsensical, yet meaningful. Ridiculous, yet relatable. From the cryptic (yup, we said it) messages in “Up The Gulley” to the undoubted localism in “Dover” “Red Alert Decks Suck” or “White Trash At The Skatepark” this album takes the listener to uncharted territory that lies planets away from what most kids are writing about. Resulting in a hard-headed blend of funny, serious, careless, and direct. This record portrays the band’s earlier more hardcore punk rock sound, with not a single song reaching the 3-minute mark. This is a new re-recorded version tracked in 2018 by the completely original Cryptics lineup of Tino Valpa, Frank Nordaby, and Brandt Berry. This highly superior version entails much better audio quality, performance, and includes several extra tracks from the early era that were not included on the original 2009 release. Available on gray vinyl with download card or digipak CD.