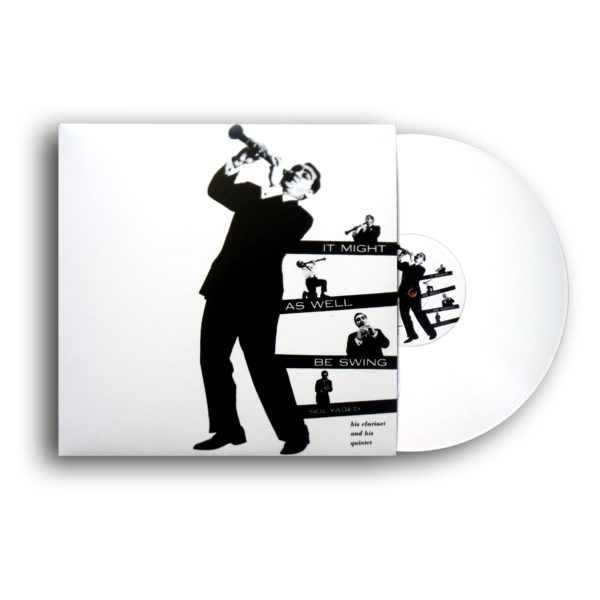 Sol Yaged – “It Might As Well Be Swing” LP

The debut and only studio album by NYC’s world-famous clarinetist and living legend Sol Yaged. Originally released in 1956, this album is now available again for the first time in 62 years and available digitally for the first time ever. Featuring vibraphonist and fellow living legend Harry Sheppard, these tracks portray beautifully the authentic swing sound of the 40’s and 50’s. With Sol already playing clarinet for twenty years by the time this was recorded, his expertise and speed shines through in tracks like “After You’ve Gone,” “Yacht Club Swing,” or Yaged’s own (title track) “It Might As Well Be Swing.” This album was remastered with precise quality and sounds better than ever! Enjoy this limited edition white vinyl. Only 300 copies pressed. Download cards included.