A 95 Year-Old Jazz/Swing Legend & A 28-Year Old Punk Rocker Make An Album Together…..

Pre-Orders are up now for the new Sol Yaged And Tino Valpa album entitled “Your Wish Is My Command.”

What do you get when you mix two different musicians from totally different backgrounds who are nearly 70 years apart in age? The result is “Your Wish Is My Command” – a high energy album that connects the dots between swing and punk rock. This unexpected pair consists of Sol Yaged: a 95-year old NYC jazz legend teaming up with Tino Valpa: a 28-year old punk rocker from New Hampshire, vocalist of The Cryptics. Sol Yaged was a Manhattan-based clarinetist whose legendary career included performing with every 1940’s & 50’s big band great you can think of. He started playing clarinet in 1935 and played up until his death at 96 years old in May 2019. Tino Valpa had befriended Sol in recent years which led to the Pine Hill Records reissue of Sol’s debut album “It Might As Well Be Swing” from 1956. It was then that Tino approached Sol about recording some new material, to which Sol immediately accepted and even came up with the title “Your Wish Is My Command.” Within days Tino wrote the songs, recorded the basic tracks then headed down to NYC to record Sol’s parts. The first four tracks are the new recordings followed by a live set from 1972 that was sitting around on a reel-to-reel in Sol’s apartment. They decided to get it converted and it came out great. You get to hear Sol in his prime with a top notch backing band, ripping through tracks like “The World Is Waiting For The Sunrise” at blazing punk rock speeds. This album also features Harry Sheppard, Sol’s vibraphonist that played with him in the 1950’s who gladly partook in this recording. At 90 years old Harry is still performing regularly to this day. This album is the ONLY other Sol Yaged studio recording besides his 1956 debut album “It Might As Well Be Swing” – making it 63 years between albums! What?! How?! Sol Yaged will always be remembered for his true passion for music. A man that played clarinet 7 nights a week and earned his entire living doing what he loves. What Sol, Harry & Tino did together represents total unity, friendship, and similarity between musicians – regardless of background. The album is here… enjoy it! The pressing is very limited: 200 LPs (100 white, 100 blue) and 300 CDs. Download cards included. Order your copies here! 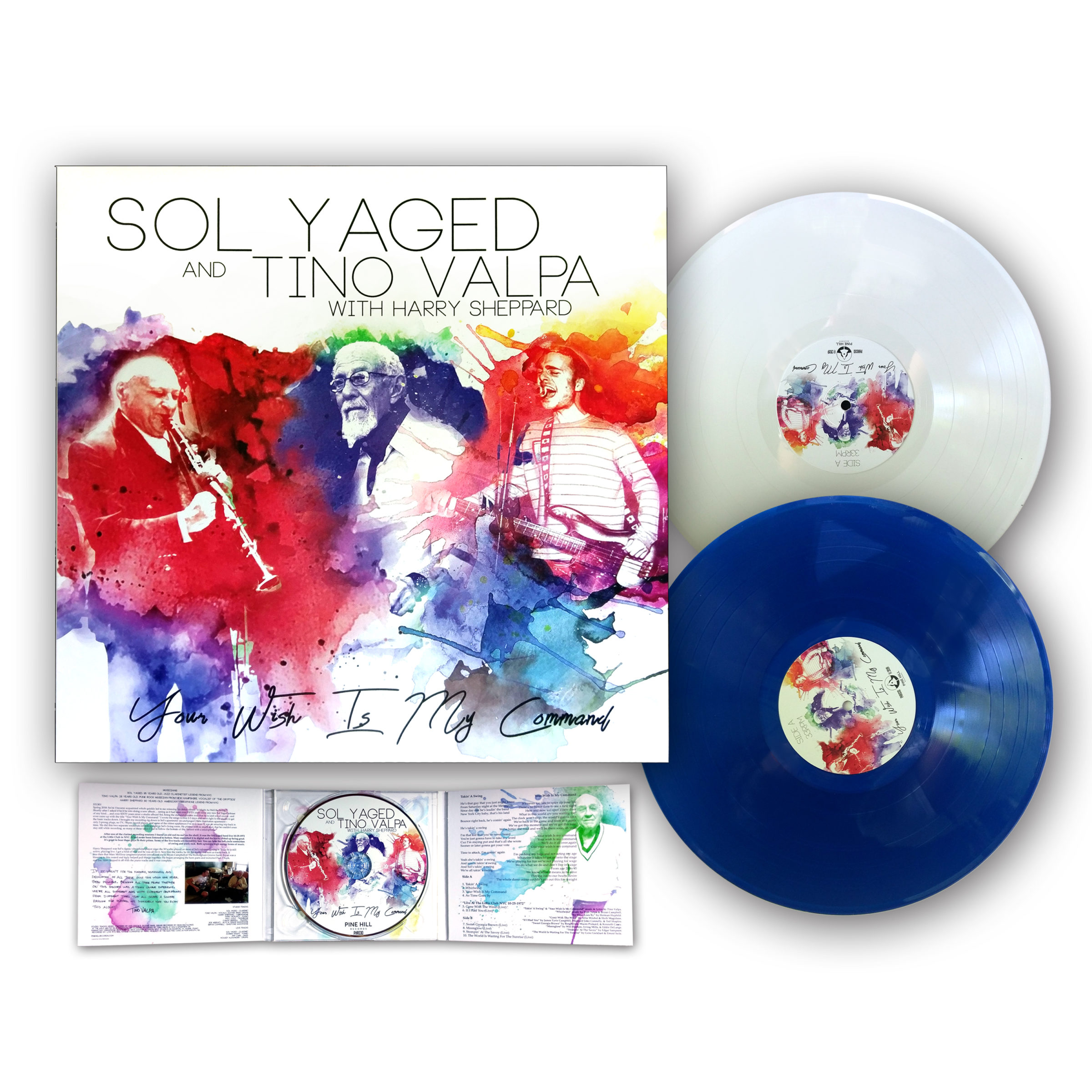